Everything women travelers in Germany need to know about health, romance, women’s rights and safety.

Christina says: Anything that you would be able to find in the USA is fully available here.

Christina says: Similar to in the US, birth control is available if you have a doctor’s prescription. Because health insurance is mandatory for everyone living legally in Germany, you’ll likely have to go through your provider and a pharmacy when accessing any medications (which may or may not be the same as their American counterparts) you need.

Christina says: I have no experience thus far, though I can’t imagine that it is much different here than the USA. Health care is very comprehensive here. Often regular screenings are part of your insurance coverage and are covered in full by German health insurance providers. Christina says: Like most Western European countries, norms and traditions aren’t that different from back home in the US. The same standards you would expect as an American are perfectly acceptable here as well. General precautions are the same too.

Christina says: German men are typically shyer and not as outgoing as their American counterparts. Expect most guys to stay within their own groups.Two typical types of men include: the native German, who sticks mostly with his own local group of friends, and the outgoing type who is probably a tourist. Many people speak near perfect English and have international experience, so don’t fear going up to them if you need help or want to simply talk.

Christina says: For the most part, yes. Bigger cities like Frankfurt, Berlin, and Munich tend to be extremely friendly while smaller cities are less so.

Christina says: Women are seen as fully equal here and have the same rights as men. The legal structure and protections offered under German law are proof of this.

Christina says: There are no clear cultural differences between American and German women. Unless you make a clear effort to stand out, you are more than likely to blend in here. Christina says: No, there are no women-specific environments. German society is very open and there are no blatant restrictions surrounding women here.

Christina says: Most people think it’s quite interesting! It usually ends being a great topic of conversation. However, the USA has been quite controversial here due to things such as the NSA, Obama, and the wars in the Middle East. Expect some jokes surrounding these topics. Many Germans simply hold polar opposite views in regards to public policy decisions made in the USA, and that is the root cause of any potential slight made toward Americans.

Christina says: There are no restrictions on this. German society mirrors American society in this regard. 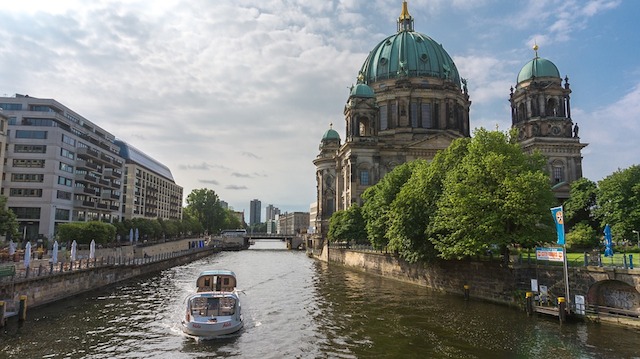