Moving to the German Countryside Ours is a somewhat strange situation. We’re Americans with no family ties to Germany, yet we’ve ensconced ourselves in a small German village indefinitely. We work and go to school primarily with other Americans, yet we live alongside German families who have been in this little village for generations. My husband earns dollars, not euro, and we buy Jif peanut butter and El Paso refried beans for cheap. While we are living in Germany, we speak an embarrassingly small amount of the language.

We consider ourselves expats, and we are—but just barely. We have some perks that most expats don’t, and there are also a few disadvantages to the way we live.

You see, my husband works as an educator for the U.S. Department of Defense Dependents Schools. This means that our civilian family has access to many, but not all, of the allowances afforded to U.S. military members and their dependents overseas. We shop in the base commissary and BX and get our fill of several American fast food establishments. We buy gas on base and can purchase an American-spec car at a good price.  We access the library and use the U.S. post office.

Our kids are able to continue in their American schooling so that they will be prepared for university in the States. We moved from Japan to Germany when our children were 11 and 14, so starting in a German school was not an option for them since they knew no German at that point. My daughter’s skills in written Japanese wouldn’t have been much help! There are no international schools in the immediate area, so that wasn’t an option.

So what’s so strange about the way we live?

We find ourselves somewhat stuck between a military life, a true expat life, and a small-town German life. On the military side of things, our in-between civilian status bars us from using base medical and veterinary facilities and taking hops on military flights to and from the States.

Because we speak our own language in our jobs and school, and with friends (even with Germans, who want to work on their English), we have little reason to become fluent in German. Add to that the fact that we live on the border of four other countries, making it more difficult to decide which other languages to attempt to learn. One American friend hit a wall in her German language-acquisition and decided to switch to French, figuring she’d be traveling more in France than in Germany. I know—decisions, decisions!

Another semi-disadvantage is our rural location. We have come to love the German countryside, including the lack of traffic, views from our home of farmland and rolling hills, and walks along the small roads that crisscross the fields. But it can feel somewhat isolating. Most expats end up in or near large cities, since that’s where the multinational corporations and international schools are, thus the jobs, various options and opportunities, cultural diversity, and possibilities for friendship.

And having our kids in an American school? That’s almost eliminated the chance of getting to know their German peers in any meaningful way (not something that would be easy, anyway: they’re teenagers, not toddlers). Ironically, I guess our experience is quite similar to that of some expats in larger cities, who end up bonding and spending time in groups primarily made up of those from their home country and/or those who speak their language. 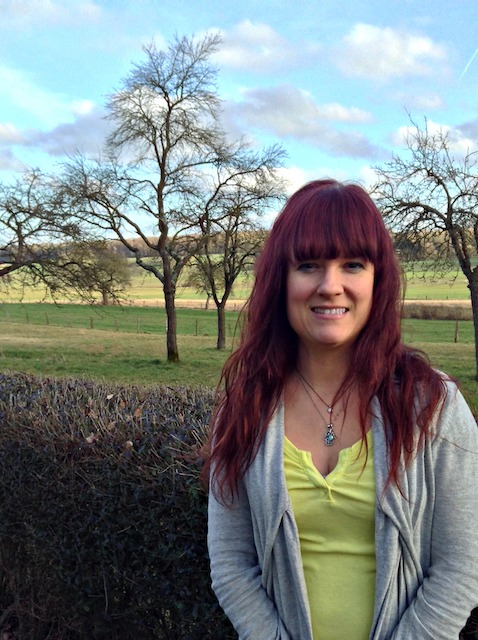 So as you can see, we’re expats—just barely.

What do I wish I’d known before beginning a life in the German countryside?

The dollar to euro exchange rate is rough. When we make purchases “out in town” or in other nearby countries, we lose a third of each dollar. That means I’ve become really good at reading German grocery store ads. There’s another surprise: who knew I’d learn most of my German through grocery shopping?

Also, let me just tell you that a German village can be kind of a tough crowd. My husband has managed to win over most of the older neighbor ladies with his Southern American charm, but it hasn’t been easy!

Speaking of villages, I wish we’d checked a little better on good internet access and water quality, as these things can vary extremely from village to village. And I’m not sure why I assumed all German doctors would be holistic—because this is the homeland of homeopathy?

Sometimes I’m jealous of those expats who move to another country to join a local-national spouse—they have a head start on language and cultural understanding via their partner, and often they have the comfort of a built-in extended family in their new location. But I realize they live a kind of in-between life, too.

Ultimately, ours is a pretty good gig if you can get it—that’s why you’ll find American teachers who have lived here for thirty years and show no signs of budging from their comfortable perches. I don’t think we’ll be here anywhere near that long, but we certainly plan to enjoy our in-between life for a while longer.

Diane Clark is a world-traveling expat wife and mother living in the German countryside. She considers herself a lapsed pianist, book lover, burgeoning gardener, creative idler, cook, aesthete, Japan fan, Anglophile, and daughter of the American South. She blogs at fairytalehausfrau.blogspot.com. Photo credits by Unsplash and Diane Clark.

One thought on “Moving to the German Countryside”