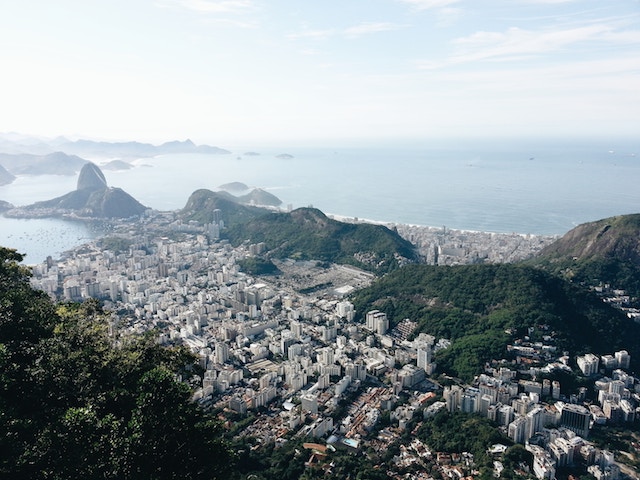 If you’re planning a Brazil travel adventure, expect to find some of the warmest, most helpful and happiest people in the world. Because of the 2014 World Cup and the 2016 Olympic Games, Brazilians all over the country have become more familiar with tourists and have developed a whole new way of welcoming visitors, with a lot more infrastructure for accommodations, transportation, and directions. They have even more knowledge of the English language!

But, in order to have an amazing trip and return home with the best memories possible, you should also take some  precautions. While there are high rates of violence in big cities like Rio de Janeiro, São Paulo and Salvador, there are also very simple ways to avoid it and to prevent any unhappy situations. Here are one local’s tips!

Almost every store, restaurant, and hotel or hostel in Brazil accepts credit and debit cards, so my advice is to not walk around with a large amount of cash, especially in the big cities. Leave your precious belongings in the safe deposit box at the place you’re staying and take only the amount you think you’re going to need when you go out. For example, you might want to buy a little souvenir from a street fair, or buy food at the beach. Mate tea on the beach in Rio is a must, and these tiny businesses usually only take cash. If you have up to R$50 in your wallet, you should be just fine.

Keeping your bag in front of your body is usually better than holding it by your side or on your back.

Also, take good care of your money and your purse when you’re walking in the streets. Keeping your bag in front of your body is usually better than holding it by your side or on your back. Try to not keep money or your cell phone on your back pockets if you’re in a very crowded place. Finally, when you’re taking cash out of your wallet to buy something on the street, try to do it discreetly.

Unfortunately, cell phones are very targeted goods by thieves, so I could not emphasize more that you should take good care of yours by not leaving it somewhere or holding it in your hands while in the street or in a packed place.

Public transportation is the best way to travel around Brazilian cities during the day, but you should pay extra attention during the night. The subway closes around 12 a.m. on weekdays and Sundays and at 1 a.m. on Saturdays in places like Sao Paulo and Rio, and buses might not be the safest option for women travelers late at night – especially if you’re alone.

I wouldn’t take a bus by myself at night, and I wouldn’t advise you to do it either. Nothing has ever happened to me on Brazilian public transportation, but I wouldn’t risk being catcalled alone at night. If I were with friends, though, the situation would be different. Cities like Sao Paulo and Porto Alegre have special bus lines that travel through the most bohemian neighborhoods, designed specifically for people who want to go out on weekends but don’t want to worry about having a designated driver. I have friends – girlfriends included – who have taken these buses and have only had great experiences.

Taking the subway late at night or early in the morning is okay, because trains are often packed with young people going out and coming back home. But, you can always take a cab. Cabs are safe, but drivers usually don’t understand English very well. Make sure your address is written on a little piece of paper so that you can show them where you need to go.

Also, not every taxi in Brazil takes credit card, so always calculate the money you’re going to need before you hop on. There are some really helpful apps for when you need to get a cab anywhere in Brazil, anytime of the day: resolveAí, 99 Taxis; Easy Taxi: to call for a taxi; Taxímetro: which calculates your ride cost, and, of course, Uber. Uber is relatively a new service in Brazil, and so far I would say it’s perfectly fine for women travelers to use.

When you’re at the beach, do not leave your belongings unguarded. If you’re alone and want to swim in the sea, ask families who are also enjoying the beach or restaurant/store owners to watch your things for you. They’ll be happy to do it.

You should also keep in mind that, not only at the beach, but in any public place, it’s not common to see people wearing expensive jewelry or watches. We locals don’t usually wear them unless we’re going to a party, a fancy restaurant or something like that.

If you have to take a specific medication that requires a prescription, you should pack them in your bags. Sometimes medicine has a different name in Brazil, so, if you need medicine and you don’t know it’s local name, ask the receptionist at your hotel/hostel for help.

When I was living in New York City, I met a guy on the subway who had lived in 62 countries, including Brazil. We were talking about how you always have to be aware when you’re in a big city–everywhere in the world.

While walking around New York, I would often find myself a little more on guard than other people, esspecially with my purse and phone. I would also be on guard whenever I came home alone after 11 p.m. After a while, I figured that maybe I was just scared because of my safety habits in Brazil. But New Yorkers are also afraid of having their purse stolen or having creepy people stare at them in the streets.

But you can’t let fear blind you and block you from having the time of your life.

I realized that each city is different and has its own problems, which you can’t ignore. But you also can’t let fear blind you and block you from having the time of your life.

So, my most important advice for when you’re in Brazil is to be aware of things happening around you. If you see anything that doesn’t look good, try to get into a store, a building, a subway station–any safe place. You should also remember to always carry around the phone numbers for the police, fire station, ambulance and your country’s embassy.

Then, just make sure to have lots of fun and enjoy this beautiful tropical country!