How do you say “Machismo” in English? Touchy Topics in Central America 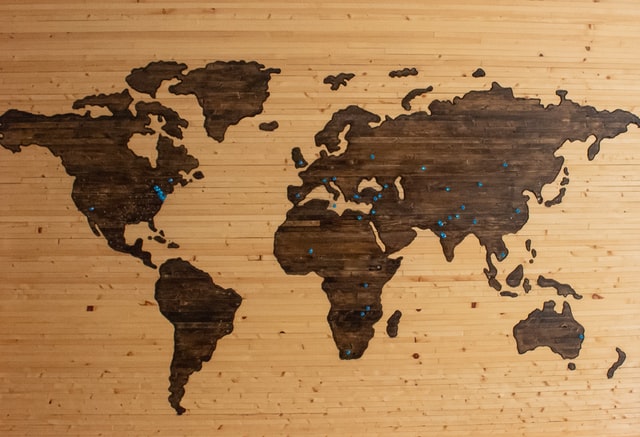 After six weeks, my beginner ESL class is finally ready to write daily journals. I’m relieved and excited to grow out of conjugating the verb “to be” hundreds of times and to finally getting to know the eleven Honduran women I spend every day with. Even though my class has a lot of fun and I enjoy teaching, I still feel like we are strangers to each other. Since writing is such a major part of my life, I can’t think of a better way to relate to my students.

However, my happiness was soon complicated when, during discussion of our journal entries one day, one of my students raised her hand and asked: “Miss, how do you say machismo in English?” Soon, the whole class was using their limited English to engage in an interesting conversation about the differences between machismo in Central America and the misogyny that exists in the United States. I realized that language was not the only barrier between my students and me.

For the rest of the week, I fretfully revised my list of pre-prepared journal prompts in a panic. I was worried about offending someone. But, when you travel, and especially when you live abroad long-term, controversial topics are unavoidable. Here are four tips for having productive conversations across national, political, racial, religious, and cultural lines.

How do you say “Machismo” in English? Touchy Topics in Central America

1. Face it: you don’t know anything

There’s a lot of valuable information on the internet and in guide books, and it’s always good to prepare yourself for culture shock. However, while you’re researching, remember that nothing you read can ever prepare you for the moment you step off the plane.

Before I moved to Honduras, I swallowed article after article about poverty, disease, and violence. Now that I’ve lived here a few months, absolutely none of that information is relevant. When addressing touchy topics with locals, the worst thing you can possibly do is value what you’ve read over the testimony of their lived experiences. Try to avoid parroting information you learned through secondhand sources to locals. Remember, you are a guest in someone else’s home. If they tell you that the bathroom is down the hall to the left, believe them.

I love reading my class’ journals because they’re an excellent window into each student’s worldview. They aren’t a general approximation of “Honduran values.” Remember, diversity exists everywhere. In my class alone, one girl comes from a family that frowns upon secular music, and another knows all the lyrics to every song Justin Bieber has ever made. There is no one Honduran way of life. Just like there is no one Honduran way to look. The world is full of ideological diversity and I’ve had a more satisfying travel experience since I’ve learned to embrace it.

These are people, not textbooks. No real, satisfying cultural exchange can happen if your hosts feel like they’re being studied. No matter how fascinating I find the social structures of various Honduran sub-cultures, I know that my students are equally interested in my culture.

As I saw the “machismo” conversation gaining momentum, I moved my chair out from behind my intimidating gray teacher’s desk and joined the class as a peer. I took care not to dominate the conversation, but I made myself a part of it. Real, useful conversation can not happen unless everyone feels safe from judgment.

How do you say “Machismo” in English? Touchy Topics in Central America.

One of the most useful concepts I’ve come across is the idea of a ‘micro-inclusion’. A micro-inclusion is a small act of kindness, meant to include and acknowledge the humanity of others. As a solo traveler, sometimes my world can feel very lonely. But then something small happens and suddenly I feel important again.

A micro-inclusion is that feeling you get when a group of bilingual locals switches to English to add you into the conversation, or when someone stops talking to explain a particularly complicated cultural reference. Micro-inclusions can be an intensely powerful tool when used often and deliberately in touchy conversations.

Photos for How do you say “Machismo” in English? Touchy Topics in Central America by Unsplash.

Nia DeCoux is a writer, editor, and educator who believes that when done well storytelling and teaching become the same practice. Her work has been honored by both the National Foundation for Advancement in the Arts, and the National Black Arts Festival. Nia is currently employed as an ESL instructor at The Leadership Center, a tuition-free, all women’s college in Honduras. She loves secondhand shops, trying new foods, and those unexpectedly wonderful conversations you have with strangers on a bus.

View all posts by Nia DeCoux