Bringing Ghosts Back to Life in Jerome Arizona 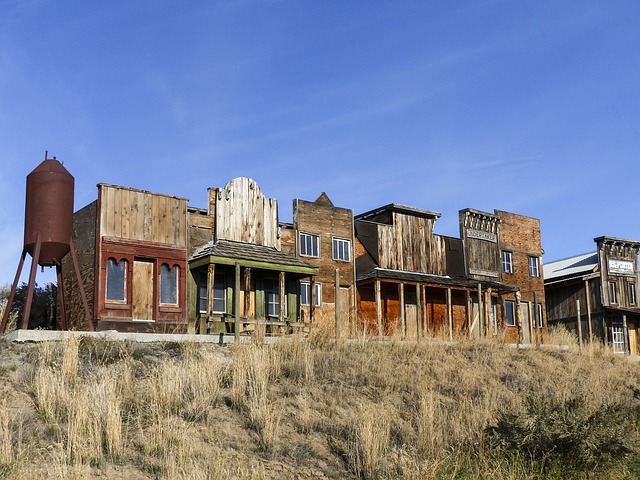 Two weeks after my miscarriage, my boyfriend and I were determined to get away from the 90 degree spring weather in Phoenix and head north. A plain old Tuesday, we thought we’d have our pick of hotels when we landed in Jerome Arizona, with its population of just over 400 residents. But we had wandered in during Bike Week, and our options were limited. I hesitated to stay in the haunted Grand Hotel, a fortress of a building formerly used as the town’s main hospital. Back in the roaring ‘20s, the building had been constructed to perch upon Jerome’s hillside with a bird’s eye view of a city center that was bustling with copper mines, opera houses, and over 40 different cultural groups from countries all over the world.

But today, it harbored only ghost stories, a restaurant, and a clear view.

My grief over losing a baby was raw enough that I didn’t want to expose myself to anything ghoulish, so I suggested a less frightening alternative.

“Room One of the Connor looks sweet and simple. Let’s call them.”

While I normally loved a good ghost story, on this trip settling for something quaint suited me just fine. I was determined to keep my fears bundled away from the tales of tortured hospital patients, but I agreed to dinner at the Grand’s restaurant—The Asylum.

“Room One of the Connor Hotel is booked,” my boyfriend told me, cell phone in hand, when he returned to our table. “In fact, all of the Connor is booked. Tonight we can grab a room in that B&B we saw on our way in, but the only thing open tomorrow is a room here.”

I swallowed my fear and agreed to staying there. “I would like to know more about the history here, even if I’m up all night staring at shadows. Think we can get a tour?”

“No tours at the hotel,” he went back to his phone, “I’ll check for others in town.”

We had struggled to find the road that led to the massive hotel after getting lost, and I worried we’d have no place to park. Tussled about up the one-way, rocky drive, I feared that we would hit oncoming traffic. But my anxiety abated when I discovered we had the narrow passage to ourselves, and the only other vehicles in the parking lot were motorcycles. Still, I was glad I’d have 24 hours to collect myself before returning to this historical goliath.

As an ex-burlesque performer, I recognized his kind of presence in an instant: drag queen. Our tour guide might well be the only gay man in this ghost town full of bikers. I relaxed a bit.

Despite its name, the Ghost City Inn was a delightful little B&B with cozy rooms and a filling breakfast. After checking out the next morning, we made our way through the streets of the town, circling dilapidated buildings, crumbling stoops, and shifting sidewalks. Visiting a few vintage shops was all the retail therapy I needed; mostly I longed to know more about where those sidewalks had begun. Setting up a haunted history walk with a local guide, my boyfriend arranged for the last tour of the night.

“Eight pm?” I overheard him confirm, “next to the blast furnace—we’ll be there.”

We played a game of pool at a local dive bar until 7:45. Milling around by the city steps, I worried we might have gotten the wrong time or the wrong place. There were no other people waiting and it was getting late.

“You’re it tonight guys. A private tour,” a voice boomed as we spotted a large man bounding down the stone steps.

A rare combination of compassion and swagger, our tour guide ushered us towards the big black urn-like structure in the middle of town. As an ex-burlesque performer, I recognized his kind of presence in an instant: drag queen. Our tour guide might well be the only gay man in this ghost town full of bikers. I relaxed a bit.

With little fanfare, our guide plunged into the tales of vigilante justice that birthed Jerome Arizona, firing off questions so quickly only he could answer them.

“Now, you’ve heard of the restaurant Claim Jumpers, right? What happened after someone would shove a stick in the ground and stake their claim? Someone else would pull out that stake and jump the first guy’s claim. What you think would happen when a claim was jumped? His life—and the life of his family–would be in jeopardy.”

Within minutes our guide had us picturing a town established by outsiders and misfits. A place where social refugees could lay claim to their new life’s purpose when the status quo had failed them elsewhere.

“Guess what would happen to someone who found themselves on the wrong end of justice?” he continued. “Many of them ended up here,” he pointed behind him to the giant furnace that could heat up to nearly 4,000 degrees, liquefying the local mine’s copper and silver.

Soon I realized it wasn’t just our night’s lodging that played host to hauntings, but every square inch of the town. From the estimated four murders a day during Jerome’s heyday to the bodies disposed of in that smelting furnace that left behind fragments of bone in the slag, we were surrounded by corpses. Even the stone that was cut off the mountain and used as the city’s center foundation contained human remains. The place was a living tomb.

Our tour guide pointed to the Connor Hotel and dove into a story about Ann Hopkins, an entrepreneurial do-gooder who started a newspaper about controversial issues like women’s suffrage and the abuses of Mexican mine workers. No one cared much for her social advocacy until she started another mudslinging paper that targeted the first. Her sensationalistic journalism was a hit. With it, Ann had created her own goldmine. Sadly, after years of living with plenty of money but almost no friends or family, her life became as fiery as her red hair when she discovered her husband was having an affair in none other than Room One of the Connor Hotel. Ann was hauled off to prison for fourteen years after committing a crime of passion—she threw carbonic acid into the face of her husband’s mistress. Today, legend has it that men who stay in Room One of the Connor often wake to scratches across their faces; perhaps, an otherworldly attempt by Ann to keep wandering eyes in check.

While our narrow escape at staying in the Connor’s Room One sent chills down my spine, it was our tour guide’s own story that captivated me the most. A native of the Phoenix area, he had lived in Hawaii as an opera singer and–indeed—a drag performer for twenty years, before settling down in Jerome.

“How’d you get here and why do you give these tours?” I asked as we walked past a drunken biker taking a leak in the street, and up towards the narrow passage we had driven on our way into the Grand Hotel.

“I’ve been visiting here since the ‘80s. I converted to Catholicism, but my father was a Jewish rabbi. My people know the atrocities that can happen in a lifetime. Jerome has terrible stories, but by telling them, hopefully we can use them as a warning; a way to prevent people from doing horrible things to each other.”

His belief about storytelling was the same sentiment I held about writing. I too wanted to give a voice to those once victimized by a cruel world.

I was no longer afraid of the spirit residents of Jerome. If the ghost of Sarah was a motherless child, didn’t she and I share something in common? Wasn’t I a childless mother with my lost baby just behind the veil?

“Sarah. Sarah,” our tour guide called out into the darkness as he made his way behind an abandoned building that was once one of four hospitals in town. We were expected to follow along. “Do you wanna play king of the hill?” he asked, and sang out the rest of the childhood rhyme.

My boyfriend and I had wandered up behind our guide, but were now frozen in silence.

“We think she was five when her mother was put into the hospital. She probably waited outside for her and eventually starved to death. She likes me. I can usually get her to come out.”

As he spoke, I noticed a strange white haze hanging in a tree behind the building.

“There you are,” our guide comforted the spirit and confirmed my vision. “I only have two guests tonight, Sarah.”

Did I really just see a ghost?

Whether it was the traces of a little girl or just the moon playing tricks with my eyes, I was no longer afraid of the spirit residents of Jerome. If the ghost of Sarah was a motherless child, didn’t she and I share something in common? Wasn’t I a childless mother with my lost baby just behind the veil?

I looked up to see a shooting star cut across the night sky. Hope.

Our guide finished our tour with one final story in full view of the Grand Hotel. This one involved a malicious nurse who injected Spanish Influenza into Mexican babies.

“You guys are on the second floor. The maternity ward was on the 4th. Still, they say you can hear babies crying at night on all floors.”

But I as entered the old building and then the antiquated elevator shaft after our tour guide’s final tale, I was no longer protecting myself from shadows. I was keeping the memory of one lost baby alive in my heart. Didn’t I have room for a few more?

Blissom Booblé has worked as an English teacher, burlesque performer, flight attendant and social advocate in the Deep South and Southwestern United States. Adventure is her calling.

2 thoughts on “Bringing Ghosts Back to Life in Jerome Arizona”