“Insha’allah”: The Definition of Time in Morocco 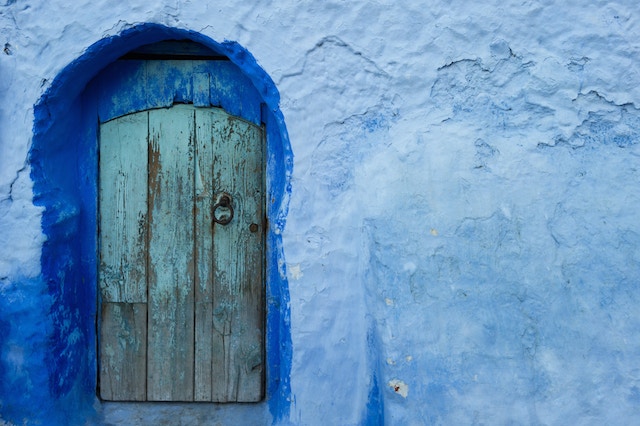 I should have known at customs.

There was no shortage of officials and no unusually large crowd of travelers, but still it took me nearly three hours to get to the other side. The baggage carousel was dark and quiet. My train had long since left without me. I had no choice but to sit and wait another hour for the next one—and panic silently about the fact that by the time I would arrive, I would be two hours late for my arranged pick-up. I had no phone. No address. No idea what the hell I was getting into.

So when I emerged from my train in Rabat, Morocco and saw the uniformed driver I had been told to watch for, I was more relieved than Clare McCaskill’s campaign manager after Todd Akin opened his big mouth. But there was something very strange about how calm this driver was, almost like he hadn’t even noticed I was late. For me, in my sweaty, neurotic panic, his non-reaction was disconcerting. I figured it out when my class the next day began an hour late. And when the bus the morning after simply didn’t come. I had not been late at all.

The future tense in Morocco is essentially ungrammatical if every clause is not followed promptly by the phrase insha’allah, meaning “God willing.”

“Late” is a variable that can only be applied to a system with time—and Morocco is timeless, in every sense of the word. It is a place where businesses close midday because their employees get tired, where the king makes the executive decision to change all of the clocks in the country for the month of Ramadan, where old men’s clothing and conversations hardly betray the current century. Time here is tolerated but never allowed to interfere in daily life. The only entity that can do this is God.

The future tense in Morocco is essentially ungrammatical if every clause is not followed promptly by the phrase insha’allah, meaning “God willing.” This deference to the divine manifests itself in all kinds of entertaining ways. I once asked a shopkeeper if he sold stamps with his postcards. “Not today,” he answered. “Tomorrow, insha’allah.” I asked a taxi driver if he could take me to the market in Youssoufia. He, too, replied, “Insha’allah.” (Turns out he couldn’t.) Will we have class tomorrow? Insha’allah. Is your store open on Saturdays? Insha’allah. Does Ramadan begin tomorrow or Monday? Insha’allah. If ever one does not know the answer to a question in Morocco, put the onus on God. He knows. I do not.

It recognizes the open-ended window that is tomorrow, the absurdity of today, the debts we owe for yesterday.

Morocco does not run on time. It runs on insha’allah. And to me, a high-strung American overachiever, this feels irresponsible. It’s a direct contradiction of the “God helps those who help themselves” sensibility with which I was raised. “If it’s meant to be, it’s up to me.” “Seize the day.” “If you can dream it, you can achieve it.” Which is the pinnacle of arrogance.

That little Arabic phrase contains the kind of frankness about mortality and fragility and misfortune that we Americans eschew. It recognizes the open-ended window that is tomorrow, the absurdity of today, the debts we owe for yesterday. It acknowledges how very small we are. As far as I’m concerned, insha’allah is the bravest phrase in any language.

Because I, an eighteen-year-old travel virgin, am only here in Africa by the grace of God—or the universe, or the fates, or the random forces of physics, or whatever that thing is that encompasses the bigness and impossibleness of the world for you. Whatever that thing is, we have to defer to it. Running permanently two hours behind schedule drives me crazy. But I would be truly crazy if I pretended that the world were certain and that I am in charge of its workings.

“Insha’allah”: The Definition of Time in Morocco photo credit by Unsplash.

2 thoughts on ““Insha’allah”: The Definition of Time in Morocco”