My Body, My Choice 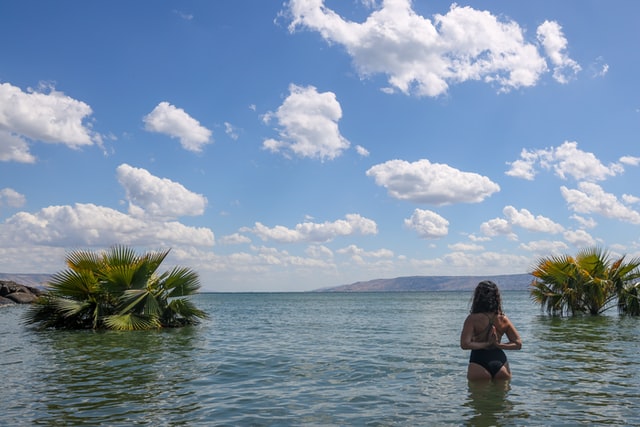 This perspective on abortion comes via a lesbian female lens. It may seem a somewhat unnecessary perspective, given that for us to get pregnant we have to actually want to be, and requiring an expenditure of a copious amount of money to get there. However this perspective perhaps so greatly outlines why this issue is important. I cannot get pregnant with a partner without trying, and I am still 100% adamant in the right to abortion.

A woman’s body, her skin, her flesh, her bones, her uterus, her DNA are hers. And yet we have lived our entire lives in a downplayed subjugation. Our bodies have been dictated by men for thousands of years, fought for by women for the same millenia. Abortion has been around for all those millennia. Aristotle wrote about his viewpoints on abortion. Aristotle walked the earth in 384 B.C. How are we still having this argument?

The point being that we are still having to fight for our bodies, now, 2500 years later. 2500 years later we are still having to battle for what is best for us, what we want, what we need, what is best for the child in our opinion. The reason for that is not because there is any realistic exception to the practice of abortion that anti-abortionists are preaching. The same group advocating the outlawing of abortion support the death penalty, legality of assault rifles and reduced resources for mothers living in poverty. The anti-abortion stance is a one that is being forced because men want control of our bodies.

How are we still having this argument?

This overturning did not just outlaw abortion at a set number of months in many states, it outlawed abortion entirely, for any reason, at any time. It pulled the opinions, thoughts and voices of not only women, but girls, straight from their uteruses and out through their mouths and ran them over with a Mac truck. This overturning made it clear that our voices and bodies are not equal, are not listened to, are not understood, and most pressingly, are not even considered. Suddenly it was so horrifically obvious that our bodies are not ours. To me, the thought that a woman or child in an anti-abortion state can be raped and not have the option of abortion is heinous. It is a torture unimaginable.

It is a torture unimaginable.

These were my thoughts…so women and girls can just be tortured now, at your whim. And in this era of politics, how far can that go. Right now there is a teenage girl in Texas who finds out she is pregnant…what is she thinking at this moment? I only know that if I were to get pregnant accidentally, or by force, I would without question want this option for myself and so I want it for all women. For them to be able to assess and analyze their own situation and to decide for themselves whether they can handle it, mentally, physically and financially. They should not have to ask any man for the right. And then, for those of us in the rainbow spectrum, there is Clarence Thomas and his concurring commentary on his vision for the fate of Obergfell and Lawrence. Obergfell v Hodges being the 14th amendment case that allowed for same sex marriage, Lawrence v. Texas which upholds sexual privacy and rules that criminal punishment for sodomy is unconstitutional. We knew that with the attack on abortion would come soon after an attack on our civil rights. But how swiftly it flows.

I can only say that I was quite triggered by Thomas’s commentary, in a way in which I would not expect to be as it has been so long. It took me back to being a teenager with my first girlfriend, and wondering if I’d ever get to leave the closet and marry someone I loved. With the overturning of Roe, and the ensuing commentary, it was as though the past were being projected back to me, and it brought with it feelings of sheer depression, anxiety, suppression and utter dread. I was fifteen in my bedroom again considering why I was alive if I would never be free.

I was fifteen in my bedroom again considering why I was alive if I would never be free.

There are so many despicable aspects of this decision, from the sheer misogyny of it, to the torturous outcomes it will yield for so many women, girls and also children born into bleak situations, right on to the racist, classist, sexist, biased, homophobic mind frames that uphold this. No, we will never go back as we will always be here fighting. But for the pregnant girl in Missouri miles from the border of a safe state, believe, she is living in a different era. One where her body is owned by the state, and the state is owned by men.

Photos for My Body My Choice by Unsplash.