Visiting Venice and Loving Every Second of It 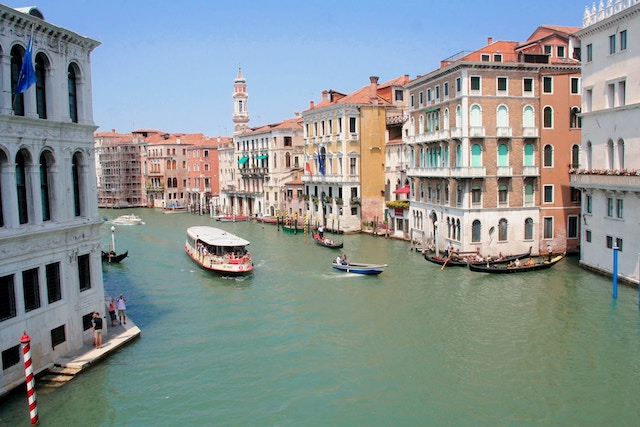 You never forget the first time you fall in love, and the first time I laid eyes on Venice, I was immediately enamored. I remember my first trip through the canals by water taxi, jet lagged and exhausted, but so overcome by the beauty of the city that these things seemed trivial. The three months I studied abroad there were some of the best of my life, and I always knew I would return to Venice at some point.

Fortunately for me, the opportunity came sooner than expected when I decided to pack my bags once again and move to Florence for a few months after my love affair with Venice three years before. It wasn’t long before I was boarding a train to return to the city where my love of travel and Italian culture had truly begun, but surprisingly I was a little nervous to see la Serenissima (the “most serene one”) again.

I wondered whether or not my expectations for the city I had called home and missed were too high, especially since I was arriving during Carnevale, a time when tourists are rampant and Venice’s namesake doesn’t quite hold up. The two-hour train ride from Florence to Venice seemed longer than I remembered, and I read my book absentmindedly, my eyes scanning the words while my mind was far away.

What if I was disappointed? What if I remembered it as much more beautiful than it was? What if you really can only have only one trip of a lifetime?

Once the train pulled into the Santa Lucia train station, I paused for a moment before I followed two tottering old Italian women down the steps. I felt as though I was meeting an old boyfriend for coffee.  I wondered how I would see Venice after being away for some time; I knew we both had probably changed.

I knew we both had probably changed.

After taking a deep breath, I hauled my suitcase down the steps and walked through the bustling station to where I was greeted by the church of San Simeone Piccolo, as well as voices and laughter and painted faces, ready for Carnevale. Seeing the sights I had come to know well after three months of living there, I was able to breathe a deep sigh of relief.

It was wonderful to see the things that I had missed so much, but even better was trying some of the new parts of Venice that I had not experienced much as a student. I met up with a few lovely friends who had accompanied me to Venice the first time, and we tried some new, local restaurants that we would not have been able to afford when we were students. Between scampi risotto, pine nut gelato, and grappa, I was well fed and wined.

I also couldn’t help but notice that Venice itself had changed since I had last lived there. There was a new vivacity and life to it that had been duller when I was there—and it wasn’t just brought about by the pageantry of Carnevale. A location I had always known to attract an older crowd now had some young, fresh Italian faces mixed in, and they gleefully played with their dogs in the gardens.

Visiting Venice and Loving Every Second of It

I had been hesitant to return to a place that felt so dear and as precious to me as a piece of Murano glass, but now that I returned, I realized that Venice was more lovely than I had either expected or imagined it to be.

As a traveler, visiting Venice made me realize that returning to the places you know can help you to gain a fresh and new perspective—and that you shouldn’t bypass a place simply because you have been there before. With this in mind, I plan on returning to several places in Italy over my next few months here, including Siena, Pisa, and Assisi. Sometimes, the best locations are worth another look.

I’m glad I fell in love with Venice all over again, and it goes to show that sometimes certain locations will never completely let go of your heart.