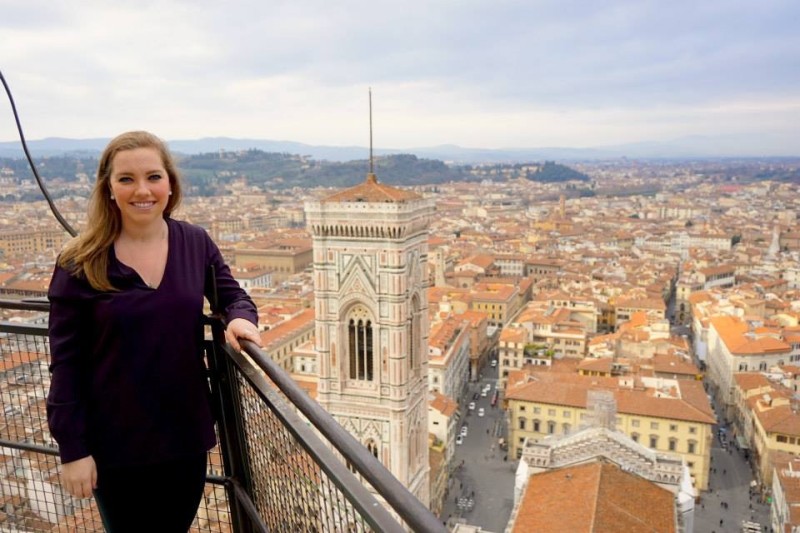 Decision-making can be exhausting and stressful. We are often forced to devote countless hours and sleepless nights to contemplating possibilities, weighing options and calculating risks. However, sometimes the most life-changing events arise as the result of not thinking, stressing or fretting. Simply put, sometimes you just know. You may not know how you arrived at a conclusion but you couldn’t imagine it any other way. My decision regarding studying abroad followed this pathway.

I simply never considered the alternative of remaining stateside.

Over the course of high school and the first year of college, I met many people who had completed a semester abroad. Each claimed that their experiences had been life changing and that studying abroad was the best decision they’d made. It was during these countless conversations that I decided that I would be one of these people too. I simply never considered the alternative of remaining stateside.

When I thought about studying abroad, I didn’t think about the family and friends I would leave behind, the inability speak the local language or adjusting to life in a different country. All I could think about was the chance to explore incredible places, meet new people, study a rich culture and as cliché as it sounds, discover myself. The next decision was to decide where to go.

After visiting and falling in love with Italy a few years ago, I knew that I needed to return. However, I didn’t want to experience the endless winding boulevards of Rome or the tourist-filled streets of Florence. I longed for an authentic Italian city with an intimate mix of locals, charm and history. By chance, I found Perugia, a hilltop city in central Italy with a population of less than 200,000.

It has now been over a month since I arrived in Perugia, and already, all of my expectations have been surpassed. I have made new friends from all over the world. Just last Sunday afternoon, I wandered the streets of Perugia, taking in the incredible sights and sounds around me. I later bought train tickets and set off for a new city. Being able to take in breathtaking views of the Italian countryside was another experience I’ll always remember. Within this short context, I feel as if I am changing everyday and am undoubtedly a different person today than when I arrived four weeks ago.

I longed for an authentic Italian city with an intimate mix of locals, charm and history. By chance, I found Perugia, a hilltop city in central Italy with a population of less than 200,000.

Currently studying abroad in Perugia, Italy, Kate is an undergrad at Penn State University majoring in Political Science and International Studies. In addition to suffering from constant wanderlust, Kate is a lover of crosswords, wannabe photographer, and nationally ranked equestrian.”

View all posts by Kate Kielceski