How Living in Venezuela Gave Me Hope 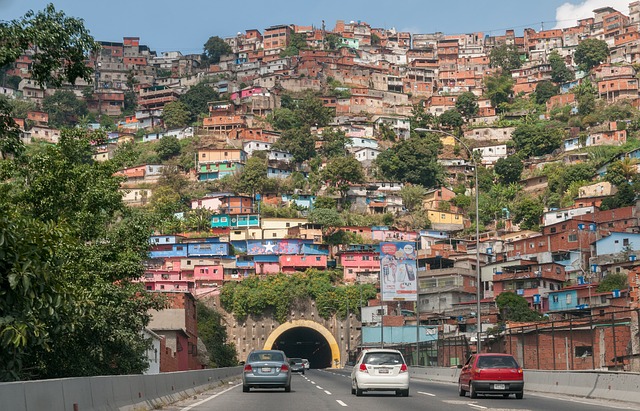 Nobody understood why I would possibly want to go to Venezuela.

“Don’t go. You might not get murdered, but you’re gonna get robbed. You’ll definitely get robbed.”

Telling people that I’d be living in Venezuela and teaching English elicited some harsh responses from nearly everyone I told. Well-intentioned, I’m sure, but rather than tell me they hoped I’d be safe, most people told me with utmost certainty that I would be robbed, kidnapped, or killed.

I don’t blame my friends, family, or coworkers for their concern completely (though I didn’t appreciate how they’d decided I’d suffer some awful fate). Venezuela has been going through a lot over the last many years, and it definitely does not have the best reputation. In fact, its capital city, Caracas, had the honour of being named the homicide capital of the world the year I was there. Kidnappings were common, as they seem to be in much of Latin America.

With a rapidly inflating currency and shortages of basic necessities like toilet paper, the travellers who dared to visit against their governments’ travel advisories were warned not to take out their cell phones or flaunt symbols of wealth in public, lest they be robbed.

These people, living in such a “violent and immoral” country and going through economic hardship, were honest enough to look out for a foreigner. Living in Venezuela gave me hope that maybe people are fundamentally good.

I refused to let any of these stories or warnings freak me out, and I decided the worst thing that might happen was that I’d be ripped off once or twice. After changing some money on the black market on my first day (though that’s another story for another time) and seeing that the largest bill denomination was 100 BsF when clothing and tours cost upward of 4000 BsF, I figured I might well miscount when paying for something and be taken advantage of. I silently made peace with that.

I did indeed pay the store clerk too much money one day when purchasing a 9000 BsF shirt entirely in 50 BsF bills. To my surprise, the clerk re-counted for me and returned the difference, without trying to take advantage and pocket the money.

Weeks later, I went to get my nails done with friends. Unexpectedly, it was an all-day event. Without the fancy nail tools we have at salons at home, the nail technician was forced to manually buff away the remains of my last Shellac manicure. It took her nearly four hours to do what a nail technician at home would do in thirty minutes.

When it finally came time for her to create the nail polish pattern I asked for, her detail was meticulous, and the end product was beautiful. The entire manicure cost me the equivalent of $3.50, and I left her a well-deserved 100% tip. She ran after me as I left, trying to give back the tip, thinking it was another over-payment.

How living in Venezuela gave me hope.

Remembering all the people who tried to convince me that Venezuelans were corrupt and would take advantage in whatever way they could, I’m struck by how much the reality contrasted with outsiders’ common perception.

When I hear about all the hatred and violence and negativity in the world now, it’s easy to get depressed and begin to doubt humanity. But knowing that these people, living in such a “violent and immoral” country and going through economic hardship were honest enough to look out for a foreigner… that gives me hope that maybe people are fundamentally good after all.

Have you traveled to Venezuela? Email us at [email protected]pinkpangea.com to share your experience and advice with the Pink Pangea community. We can’t wait to hear from you.

Photo credit for How Living in Venezuela Gave Me Hope by Unsplash.

Erica’s wanderlust was first ignited in 2015, after taking her first solo trip to India. Since then, she has developed a passion for responsible and conscious travel and blogs at treadingwander.com, where she encourages her readers to do the same. When she’s not blogging, Erica works in marketing and moonlights as an amateur aerial acrobat.

View all posts by Erica Cosentino