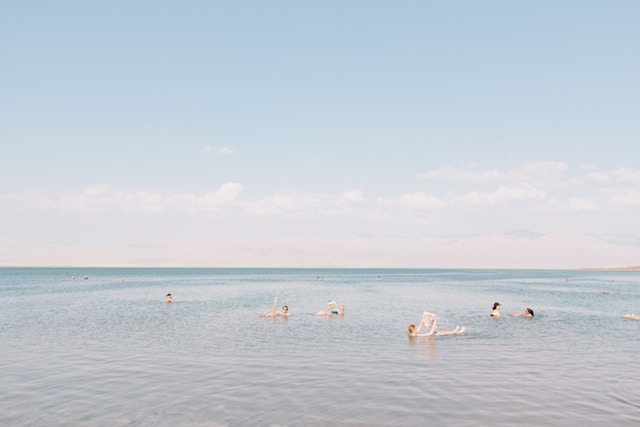 Traveling or moving to a foreign country is scary in and of itself, but add in a language barrier and simple tasks like going to the grocery store, ordering food in a restaurant, or hailing a cab become a lot more stressful. After living in Israel for six months, I have picked up some common expressions that are used daily, and that allow me to get by in the city.

I know how to ask for the price of apples, tell the waiter I want my sandwich without tomatoes, or give a cab driver directions. Knowing some conversational Hebrew makes day-to-day tasks a little less daunting.

However, I realized that I lacked a major component of everyday speech. I can ask an Israeli on the street where the bus to Rabin Square is or what time it is, but I don’t understand Hebrew slang. I know a few words that almost everyone who has been on Birthright knows, but I don’t know common expressions.

The cool thing about Hebrew slang is that some expressions commonly used today date back to the revitalization of the language and are a mixture of Hebrew, Yiddish, Arabic, and English. Understanding slang has now become crucial to speaking any language.

Here are 20 essential Hebrew slang expressions you’ll need to get by in Israel:

The Hebrew slang you learned on you trip to Israel:

One of my personal favorites. It means great, cool, alright, or any other variation. It can be used to show enthusiasm or happiness about a situation.

Simply a mess, when there is no order and seemingly endless chaos. It can refer to a traffic jam on the highway, a long line at the supermarket, or a busy classroom.

Ex. Israeli classrooms are a balagan when the students are running around and not listening.

“Let’s go” or “come on!” Derives from Arabic. It is used in daily language to express one’s desire to get people moving.

Ex. Yalla! Get dressed or we’ll be late for the movie.

If there was an Israeli version of the Jersey Shore, then the Snookis and Vinnys on that show would be called arsim. Well, technically the Snookis would be frechot (the female version). Many people believe this term is discriminatory. No example so as not to offend anyone.

My bro, my dude, my brother. The female equivalent is achoti, which means my girl or my sister.

Ex. I’m going to the mall with achi.

Both mean cool. Achla is more common and, in my opinion, cooler than saying magniv, no pun intended. I’ve been told magniv is kind of out of date.

Ex. “Look at this leather motorcycle coat I bought.”

“I reserved us a table at the club for Thursday.”

Literal: On the face

Ex. That soup was way too salty, it was al ha-panim. Slang: Means something good, or the best thing ever. Usually adds emphasis to a sentence.

Ex. “We raised so much money for our charity, haval al hazman!”

Literal: End of the road

Literal: Half strength, half power

Slang: Not that good

Literal: Who will hear?

Slang: Not a big deal 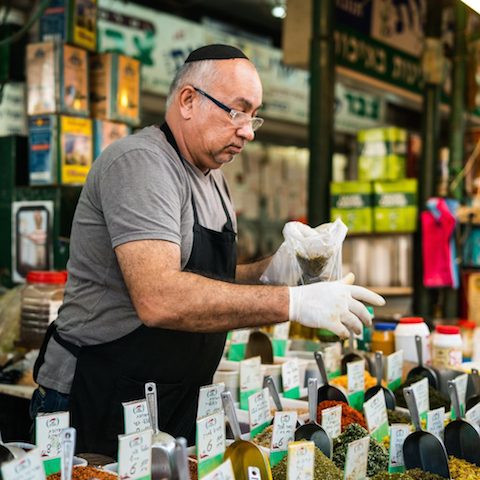 This expression literally means “not the sharpest pencil in the pencil case.” When used as slang it means that someone is not the smartest or has done something stupid. It can obviously be compared to the common English phrase, “Not the sharpest tool in the shed.”

Means “What am I, a goat?” Usually used to express frustration or anger in certain social settings in order to protest unfair treatment, such as being ignored or treated like a loser. It can be compared to the expression used by many American Jews, “What am I, chopped liver?”

Trust me, knowing some of these slang words will definitely make you feel achla.

Using these expressions on the streets in Israel helps me feel less like a tourist and more like a member of the community. It’s fun to walk down the street, hear these words, and understand them. Trust me, knowing some of these slang words will definitely make you feel achla.

Have you traveled to Israel? Are there any Hebrew slang expressions you would add to this list? Email us at [email protected]pinkpangea.com for information about sharing your experience and advice with the Pink Pangea community. We can’t wait to hear from you.

A recent college graduate who chose to live and teach English abroad in Israel for a year instead of getting a 9-5 job. Born in New York, but raised in New Jersey. I have a large blended family that left me one of six kids. And I have an unhealthy obsession with my English bulldog Bubba. I love to write and can’t wait to share my experiences and challenges abroad with other women travelers! Follow my travels here.

23 thoughts on “20 Hebrew Slang Expressions You Need to Know”