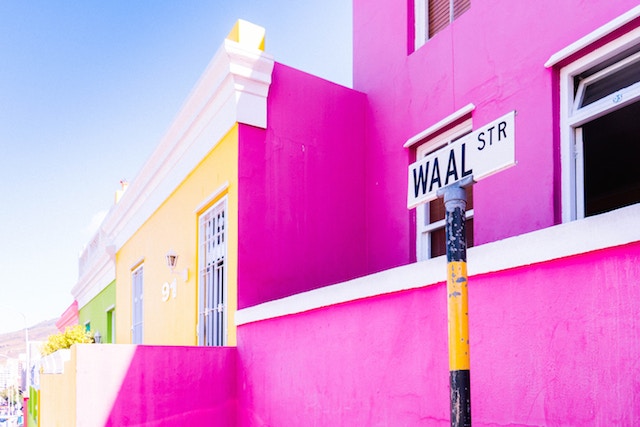 With 11 different languages being spoken throughout South Africa, having a translation guide on hand will not only make it easier to understand what you’re hearing, but will also make mingling with the locals a lot more fun. Here are a few useful South African slang words and phrases to help you during your travels.

This is the Afrikaans equivalent to “Oh man!” and is often used at the beginning of a sentence to express pity, resignation or irritation.

Aikona – not on your life

A Zulu term used to express shock or disbelief when talking to friends or family.

This word is derived from the Zulu ‘ibhabhalazi’ and is used to describe a really bad hangover.

Similar to beef jerky (but much tastier!), this is the spicy, cured snack eaten at rugby matches. It is usually made from beef, game and even ostrich.

This delicious dish originated in Malay cooking and is made with spicy minced meat, baked in the oven with an egg custard topping. It is usually served with yellow rice and raisins. 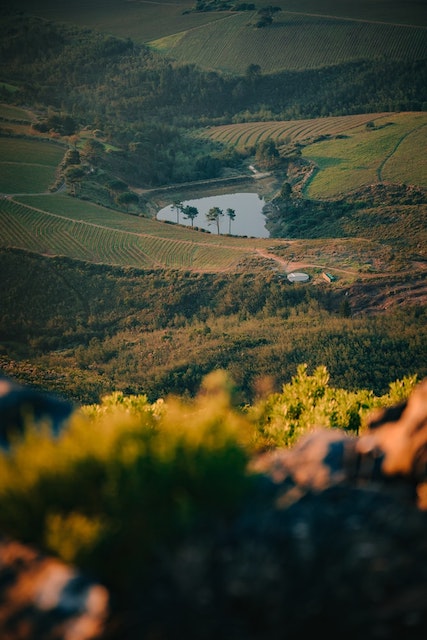 This is a derogative term meaning to hit or punch someone.

This term is usually used in reference to a male friend or companion.

Example: “Hey my boet, see you at the game tonight!”

Meaning ‘farmer’s sausage’, this term describes a savory sausage that was developed by the Afrikaners approximately 200 years ago. Boerewors is usually ‘braaied’ and eaten on a hot dog roll with tomato sauce and mustard. Make sure you roll the ‘r’ when pronouncing this word. This term is commonly used to call a friend, pal or buddy.

Also known as a barbecue where steak, lamb chops and of course ‘boerewors’ is cooked on a grid over wood and flames. Add some salads, rolls and ‘melktert’ for dessert and you are set for a traditional South African braai.

This is a traditional South African Indian dish and usually consists of curry served in a hollowed-out half-loaf of unsliced white bread. It’s best when the bread is soft and fresh and the curry is extra spicy.

Similar to the German “dummkopf” or Dutch “domkop”, this term literally translates to “dumb head” and is a derogatory term used to describe someone who you think is stupid.

Example: “Ag! You domkop! You broke my cell phone!”

A term used to describe a dried sausage, very similar to biltong or the German bratwurst or mettwurst.

Usually expressed when someone experiences a sharp pain of some sort.

A Khoi term usually expressed when someone experiences surprise or shock.

A term derived from the Nguni tribe, used to describe someone who is an expert at something.

Gatvol – fed up / had enough

Meaning ‘filled to the brim’ and is used to describe someone who is very angry or tired of the same thing happening over and over again.

Example: “I’m gatvol with that nonsense.” / “I’m gatvol that they keep losing all the time.”

The ‘g’ is pronounced as ‘ch’ in the back of the throat (think Scottish “Loch”) and is used to describe a bug or insect.

Derived from the Zulu word meaning “definitely not!” This word is usually expressed on its own, at the start or end of a sentence when something seems unbelievable.

Hoezit /Howzit – How is it going? How are you?

A common greeting which is often used instead of “hello” and “how are you?” It combines the two phrases into a simple, “Howzit”, thereby saving time.

A basic conversational word that can be inserted at various points in any conversation, meaning “oh, wow!” or “Is that so?” It can also be used when you don’t really feel like talking and don’t want to be rude but want to seem as if you’re listening.

Example: “Last week we went on a game drive! Sho my bru! We saw loads of antelope!” “Is it, hey!”

Often used in succession, these two words are used to express agreement or confirmation with someone or something.

Jislaaik – an expression of surprise

This is usually said when trying to express surprise or wonder.

Example: “Jislaaik, you gave me a fright!”

Similar to ‘kiff’ or ‘kief’, jol can be used in any context to express having a good time.

Derived from the Arabic kayf, meaning enjoyment or well-being, kiff or kief is most often used to convey similar feelings of nice, cool, great.

Example: “This chow is kiff my bru!”

This term is used to describe a male in his teens or early twenties.

This term is usually screamed out when a soccer team scores a goal. Extend any of the syllables for full effect.

An Afrikaans word that has multiple meanings and which can be used in various contexts to describe many things from people to food to inanimate objects. It is used to convey the meaning of great, delicious, nice or fun. Make sure to roll the ‘r’ when pronouncing the word.

One of South Africa’s most popular desserts consisting of a sweet pastry crust and a creamy milk filling, topped with cinnamon powder. Absolutely delicious!

Related: Find out about all of the resources you’ll want to know about to fund your next trip here and here.

Example: “We’re going to the beach now now!” (But first we have to pack our swimming gear, stop at gas station and maybe get some snacks…).

South Africa’s most common word for a man or guy and is similar in meaning to ‘china’, ‘bru’ or ‘boet’.

Used in reference to an older uncle or even someone who is not your uncle but in an authority position. Usually expressed with respect.

Padkos – food for the journey

Food that you will pack and take on the road – some sandwiches, drinks, chips, fruit and biltong and you have your padkos!

A slang word for sandwich. A term used to describe a large brown millipede. It is derived from the isiZulu word ‘ukushonga’, meaning to roll up.

These are unlicensed bars usually found in low-income suburbs located outside of the major towns and cities, more commonly known as ‘the townships’.

A Zulu word for gangster.

An Afrikaans word meaning limp and describing soft, fat French fries. These are usually mixed with tomato sauce and vinegar.

An ancient African word used to describe common philosophical feeling of humanity and family, meaning “I am because we are”.

Usually said with an angry tone when telling someone to go away or get lost. You don’t want to be saying this to a local or worse, if a local says this to you – you’ve really angered them!

Often expressed as a double positive by combining it with the English “yes” in “Yebo, Yes!” or as an extremely expressive “Yeeebo!” This Zulu word is used regularly in South Africa to show agreement or approval with something or someone.

Have you traveled to South Africa? What were your impressions? We’d love to know if there’s any important information you recommend adding to this list. Email us at [email protected]pinkpangea.com for information about sharing your experience and advice with the Pink Pangea community. We can’t wait to hear from you.

Photo credits by Unsplash and Pixabay.

Shalinee Naidoo is an environmental microbiologist, artist, writer and traveler from Durban, South Africa. She currently holds a Master of Science in Environmental Microbiology but has chosen a life on the road – teaching English and Science to young students whilst documenting her traveling escapades on her blog: Life, Love & Travel.

View all posts by Shalinee Naidoo