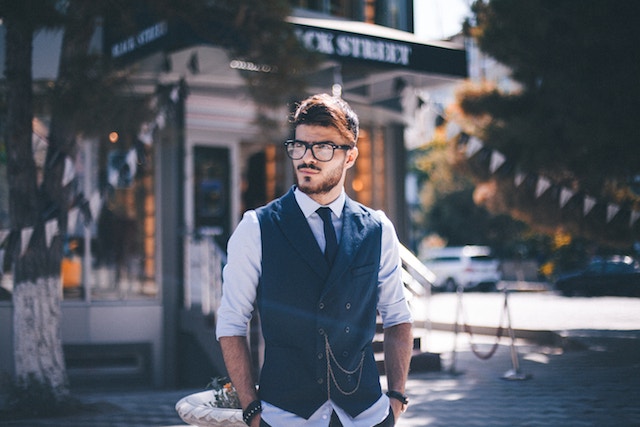 Four months into my big move to Spain I was wondering if I would last the whole year. Teaching English in the small town of Linares, Jaen wasn’t working out how I imagined it would. However, after spending the holidays in Italy with my family and yearning to go home, I headed back to Spain determined to make the best of my remaining five months there. Within a week, I met my Spanish boyfriend, and three years and many challenges later, we are still making it work.

What is like to date a Spanish man? Spanish men have the reputation of being tall, dark and handsome, with thick accents that can make you swoon. As with anything, it’s hard to generalize, especially when it comes to dating in Spain, because each region has a somewhat distinct culture. However, there are some similarities. Here are some things to keep in mind for your Spanish love affair.

The first and most important part of dating a Spaniard is meeting their family. Meeting the family is a big deal in most cultures, but even more so in Spain. Expect it to happen pretty early into the relationship. Three weeks into dating my boyfriend, I still remember when he timidly asked me if I would like to meet his sister and niece. I was surprised at how soon he asked, but it was clearly very important to him.

Weekly dinners or even daily lunches, where the whole family comes together, are really common. And once you meet the family, you’re immediately a new member of their circle and they’re thrilled to have you. Be prepared to join in with those weekly dinners. Also, it can sometimes be the case where your amante has nights set aside to eat with their family alone. Don’t be offended if his Monday or Tuesday night is always booked for family dinners and he has to meet up with you after. It’s common.

He still lives at home

While we’re talking about family, it’s important to face the facts. The majority of Spanish guys still live at home. With an unemployment rate of 45 percent, this is understandable. It is also socially acceptable for young people to live at home until they are in a serious relationship or until they’re married. Since this is the case, it normally isn’t a big deal, especially if you have your own apartment where you can have your alone time. It’s just a matter of getting used to the idea of a 28 plus year old still living with his parents. The language barrier may or may not have an impact on your relationship depending on each person’s proficiency in their partner’s native language. I was lucky to have a solid base of Spanish when I came to Spain. I have friends who started their relationships with zero Spanish and their boyfriends had zero English, and they’ve made it work.

Things can get complicated when it comes to those inevitable arguments. I’ve more or less always been able to communicate how I’m feeling to my partner, and understood his sentiments as well. But I’ve also learned that it’s OK to say that you don’t understand when you don’t. I now ask my boyfriend to re-phrase what he’s saying, when needed. And it’s especially helpful when you’re arguing because misunderstandings can make things worse.

When it comes to arguments, patience is always key. Even more so when you don’t share the same native language.

Plans do not exist here. The Spanish like to see where life takes them; they don’t limit what could happen on any given day by making strict plans. Ask them Wednesday or Thursday what they are doing on the weekend and they typically respond with, “Ya veremos” (“We’ll see”).

How does this apply to a relationship? Well, in mine in particular it was a bit difficult for us to overcome this huge difference between our expectations at first. I’m a compulsive planner, coming from a city where you have to schedule a coffee date with someone at least two days in advance. And my boyfriend is carpe diem to the max. As you can imagine, it led to quite a few arguments, especially when it came to planning trips.

With time, however, we struck a balance. I eventually adapted to the Spanish lifestyle and became less compulsive in planning, and he understood that for bigger trips, we had to make reservations and plan in advance. In our daily lives we move to our own rhythm. Whatever strikes us in the moment, whether it’s taking a walk or heading to a café, we decide then and there. The romance reality may not match the reputation

Spanish men have a reputation for being incredibly romantic. I actually think part of that comes from confusion with Latin American men, who I’ve found are actually much more romantic than the Spanish. That being said, this does vary depending on the person. I personally haven’t seen or heard of Spanish men randomly buying flowers or chocolates for their girlfriends, or trying to woo women by breaking out a guitar and singing to them.

In fact, Spanish men are quite shy and not at all forward when it comes to talking to women. My boyfriend was an absolute gentleman–to the point where I wasn’t sure if he was interested. Another friend of mine said she thought her boyfriend was mean at first because he barely spoke to her, but it turns out he was just incredibly shy. When you meet people at parties, the guys almost always wait for you to strike up the conversation with them. So, if you’re looking to meet a Spanish lover, be prepared to make the first move.

Being with my Spanish boyfriend has been an eye-opening experience. Dating someone from a different culture, especially one so different from the extremes of New York City, has its challenges. But overall, being with my Spaniard has helped me to truly adapt to la vida española.

Have you dated Spanish men? What were your impressions? Email us at [email protected] for information about sharing your experience and advice with the Pink Pangea community. We can’t wait to hear from you.

Nina Lee is a New York native currently exploring Madrid from the inside. She enjoys stuffing her face with jamon and chocolate pastries as she continues on her journey of living, loving and traveling more intentionally. You can follow her sweet adventures and dive into the fun and beauty that is Spanish culture at NinasSweetAdventures.com.

23 thoughts on “The Truth About Dating Spanish Men”