A Prostitution Proposal in Istanbul 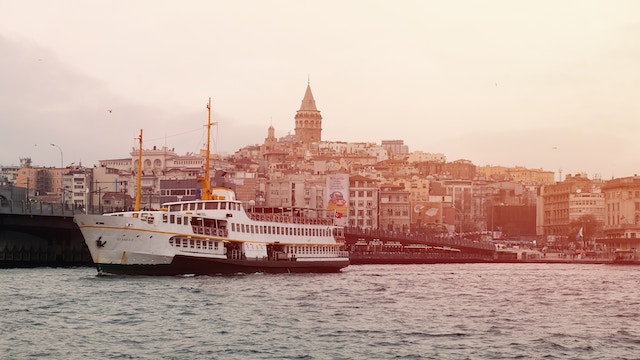 I’d had a long day of travel. I had 24 hours in Istanbul, and I’d already wasted six.

Through the taxi window, I saw the traffic getting slower and the activity along the streets getting livelier. It seemed that the address I had given the driver was the wrong way up a one-way street, a fact explained to me by a random guy on the street who had instructed the driver that the best thing to do was to make me walk. I handed over all the local currency I had, grabbed my bag, and headed off to find my hostel.

As a seasoned traveler I’m not suspicious of every person I meet on the street, so it was much appreciated when this same young guy explained that he worked at his family’s rug shop and it would be no big deal to walk me up to my place. Considering the day that I had had, I wasn’t interested in being lost. After a short walk he dropped me off and asked if I wanted to meet in half an hour for a cup of tea. I have learned that it is almost always a good idea to take a local up on a cup of tea. It shows a respect for the culture, plus you will likely get a few travel tips out of the deal. I agreed, and thirty minutes later I headed back down the hill to meet him.

Crossing the street, we entered an open air restaurant, where he clearly knew everyone. We played the whole get to know you game, and while he was cute enough and nice enough, I was more interested in him in regards to a cultural aspect than as a love interest.

I have learned that it is almost always a good idea to take a local up on a cup of tea. It shows a respect for the culture, plus you will likely get a few travel tips out of the deal.

As it happened, tea turned into dinner and dinner turned into drinks. He was a fun guy who took me to local spots I could never have found on my own, or if I had, I would never have had the nerve to walk into solo. I was in between jobs and while we drank he tried to convince me to move to Turkey. He explained that because I knew a little about business, I would be able to come in making $60,000 a year. I didn’t believe that and I wasn’t interested in moving to Istanbul anyway, but I played along.

Moving from one bar to the next he kept telling friends I was moving to the area to join the business. I was pretty sure he didn’t expect me to know anything about rugs, so I assumed everyone knew it was a joke.

A Prostitution Proposal in Istanbul.

Having lived in Southern Africa as a Peace Corps volunteer I’m no stranger to a marriage proposal. Still playing along, I asked what I got out of the deal. He told me that for a bride price, his family would pay two hundred camels and three hundred goats. In Botswana I was only worth eight cows, so this sounded like a good deal. Right until I thought about what my parents would do with all that livestock. Another reminder this would never work, no matter how many room temperature beers I drank.

He excused himself to head to the bathroom, and as I sat there I started putting the night’s conversations together. He wanted me to move to Turkey, even though I don’t speak the language, he had a room I could stay in so I wouldn’t need to pay rent and I clearly didn’t know anything about rugs.

After a few drinks he might have wanted me to be his wife, but I was pretty sure initially he wanted me to come and work as a prostitute.

He kept saying I needed to know about business, but nothing more specific. Then it dawned on me, I’m a reasonably attractive white woman. After a few drinks he might have wanted me to be his wife, but I was pretty sure initially he wanted me to come and work as a prostitute.

When he came back I told him I was ready to head home. He tried to persuade me otherwise, but by this point I was done playing along. I stormed out, only to realize I wasn’t sure which direction we had come from. He followed me and convinced me that he would take me back to my hostel. Following him meant walking towards other bars and restaurants, walking away from him meant heading down a dark alley, so I dropped my attitude and went with him.

Once again he deposited me safely home. I thanked him for showing me around and providing me with an interesting evening. He left without a wife, but I guessed this wasn’t the first time he had tried this approach. Letting myself in, I was happy to have had a memorable night out, and I chalked it up to another successful stop in this world of traveling. Have you dated Turkish men? Email us at [email protected]pinkpangea.com to share your experience and advice with the Pink Pangea community.  We can’t wait to hear from you.

One thought on “A Prostitution Proposal in Istanbul”