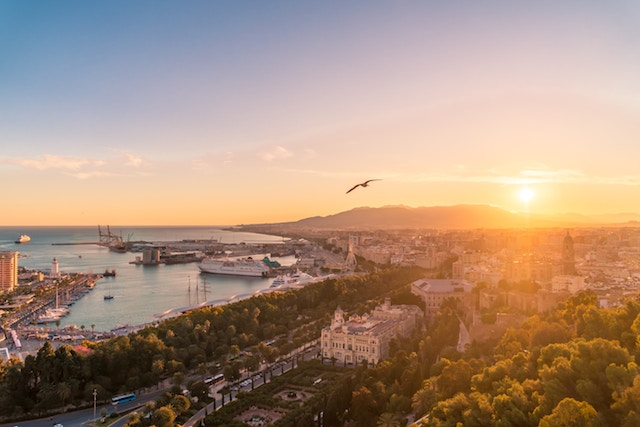 “La mujer en casa y el hombre en la plaza.” This Spanish saying roughly translates into, “The woman stays in the house, and the man stays outside.” It emphasizes that both sexes should maintain their separate spheres, but that men get all of the freedom and privilege. Spanish proverbs like this one originated centuries ago, and provide a valuable way for examining the social mentalities from the days of yore. Has this mentality persisted to the modern day? Based on my experiences in Spain, I would say yes.

My friends warned me that men in Europe would be more direct, forward, and aggressive than in the US. “Oh please,” I thought. “I’m a big girl. I can handle these Euro-men.” I don’t shock easily, but even I was surprised by the male attitude towards women in Spain. It also made me reexamine sexism in the United States.

The first thing I noticed is that the men here stare. A lot. In fact, men will stare at you even when their girlfriend is standing right next to them.

My second experience occurred the first time I went for a run through the historic part of town. Aside from the obvious stares, smirks, and cocked eyebrows thrown my way, some random guy actually got right up in my face and leered, “Ay morena, corre.” Whenever I’ve gone on a run at home I’m sure I’ve received a few surreptitious glances, but nothing as blatant and belligerent as this. That was mildly annoying, but no pasa nada.

When I tried to make it clear that I didn’t want to talk to him, he started mocking me for being unfriendly and cold (“She looks like a bunch of fun”). I scowled, and was told I was the reason “why people hate Americans.” At this point, I had enough.

Late one Saturday night, my friends and I were headed towards the Plaza Mayor after leaving a bar on the Gran Vía. I was exhausted, cold, and really had to use the bathroom, and this guy approached us and would not leave us alone. I wasn’t threatened or scared, but I wasn’t in the mood to stop for a friendly chat with a drunken stranger who barely spoke English. When I tried to make it clear that I didn’t want to talk to him, he started mocking me for being unfriendly and cold (“She looks like a bunch of fun”). I scowled, and was told I was the reason “why people hate Americans.” At this point, I had enough.

“You know,” I sighed loudly. “At least in my country, I can walk down the street without being harassed. No wonder people think European men are creepy. If I don’t want to talk to you, just leave me alone!”

God forbid I try to wind my way through a crowded dance floor without creepy older men trying to grab at me. I’m sorry, are you The Beatles? Because I definitely don’t want to hold your hand. It wouldn’t be fair to make sweeping generalizations about all Spanish men based solely on the few shining examples I’ve encountered. I can’t wait to meet more people abroad to get a more well-rounded idea of how the opposite sex acts abroad. However, what bothered me the most about these exchanges was the overt sexism. None of these scenarios would have happened if I were a guy.

Historically, Spanish girls were encouraged to stay out of mischief and master domestic tasks at a young age, while boys were constantly encouraged to go outside, play, and explore.

Spain has a longstanding tradition of sexist gender roles. Machismo describes the concept of hegemonic masculinity, or the cultural notion that males should be dominant, aggressive, powerful, and sexual. In contrast, marianismo emphasizes female passivity, purity, and obedience. These terms are more commonly associated with Latin American cultures; however, these phenomena originated in Spain (the country responsible for colonizing Latin America).

Historically, Spanish girls were encouraged to stay out of mischief and master domestic tasks at a young age, while boys were constantly encouraged to go outside, play, and explore. However, their freedom came with a consequence: their mothers were always overwhelming, insistent, and ubiquitous with their nagging. Some scholars postulate that overt displays of machismo are attempts to establish obvious distance from any feminine influence.

So everyone in Spain has mommy issues? Freud would love that. Spain still sees its share of systemic inequality. University-educated women are twice as likely to be unemployed as their male counterparts. In major Spanish companies, women only make up 2.8% of administrators.

Women make 27.2% less than men do for the same job. Additionally, women only make up 29% of political representation in Spain. Research indicates that sexism persists in Spain thanks to gender role stereotypes, especially regarding employment.

In fact, female job candidates are more closely associated with traditionally feminine characteristics and are perceived by employers as less competent for traditionally masculine tasks. Indeed, many roles assigned to female employees are still typically feminine, and the content of gender role stereotypes stay the same over time.

The United States isn’t off the hook, either. In my own experience as a white, suburban college student, I have not experienced too much overt sexism. However, when I ride my bike to the beach during the summer, I take Brielle Road, a drunken BENNY haven I’ve dubbed “Frat Row.” With post-college bros hanging out on every porch, it kind of feels like passing through a gauntlet.

Although the percentage of women in the workforce has increased during the twenty-first century, women are still underrepresented, especially in higher positions. As of 2005, only 59.3% of women work for pay outside the home. In March 2009, the unemployment rate for single mothers was 10.8%. Also in 2009, women only represented 17% of Congress. Out of all Fortune 500 companies, only fifteen are led by women. And, most frustratingly, women only make 77 cents to the male dollar.

The glass ceiling phenomenon is an attitude-based bias that prohibits qualified women from advancing further in an organization to upper-level positions.  Research has shown that even small sex biases that occur in a given company accumulate over time, so that the difference is much more obvious at the top-tier.

The most damaging aspect of American sexism is how women are portrayed in media and pop culture. We are offered Girls Gone Wild, Hooters restaurants, Paris Hilton & Company, and Playboy as the template for the type of woman who earns male attention. In the “post-feminist world,” women make sex objects out of themselves and other women – a phenomenon journalist Ariel Levy dubbed “the raunch culture of the female chauvinist pig.”

The media would have women believe that those who subscribe to raunch culture are “empowered” because they are beating men to the punch by making sex objects out of themselves first. However, this comes in the form of lifting up your shirt for the cameras on GGW or uploading sexy pictures of yourself on a social media site.

These phenomena are less empowering and more harmful, since they emphasize that women should strive to be the “hottest,” sexiest,” or “wildest,” as opposed to the “brainiest,” “cleverest,” or “most successful.”

Similarly, academic Susan J. Douglas would argue that 21st century American culture operates under enlightened sexism. Enlightened sexism basically functions as a sedative in which women can be whatever they want…as long as they don’t pose a threat to men.

I can’t decide if overt or insidious sexism is worse. It’s true that in the United States, I don’t get bothered when walking down the street as much. Conversely, it is highly probable that I’ll be paid less for doing the same job as a male colleague.

With the emergence of “girl power” in the 1990s to the rise of celebrity and reality TV culture in the post-9/11 Bush administration, this includes, but is not limited to, the Spice Girls or the TV program Xena: Warrior Princess. The “new feminism” asserts that women can be powerful, strong, and independent…as long as they are wearing sky-high heels, a belt for a mini skirt, and are oversexualized. Feminism in its traditional form is un-sexy, uncool, undesirable, and obsolete.

These cultural phenomena have real-life implications. How else can you explain the uptick of elective cosmetic surgeries? Between 1997 to 2006, plastic surgery procedures increased by 446%. Indeed, American plastic and cosmetic surgery was a $12.2 billion industry in 2006.

I can’t decide if overt or insidious sexism is worse. It’s true that in the United States, I don’t get bothered when walking down the street as much. Conversely, it is highly probable that I’ll be paid less for doing the same job as a male colleague. As outrageous as I find some of Spain’s gender-charged behaviors, I realize that the alternative I have to come home to isn’t that great, either. So how does the savvy female traveler combat sexism? By forgetting about the boys and spending a lot of time with girl friends.

Do you have tips for women travelers in Spain? What were your impressions? Email us at [email protected]pinkpangea.com for information about sharing your experience and advice with the Pink Pangea community. We can’t wait to hear from you. Top photo by Unsplash.com.